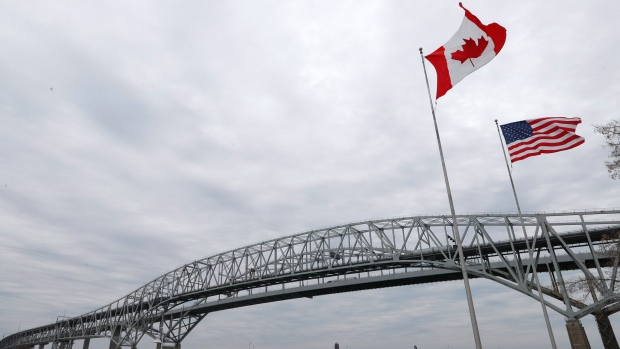 “Want to hear the joke about insulin?” goes the bleak gag about America’s drug prices. “You have to go to Canada to get it.”

But even that’s not an option anymore.

Pandemic travel restrictions have made Americans prisoners of their country. Even within North America, Mexico and Canada have closed thousands of kilometres of border to all but essential travel, roiling plans for vacation, work, and school. For cash-strapped Americans, it has also cut off access to medicines and health-care services that they can’t afford at home — at a time when money is tighter than ever.

Stephanie Boland’s nine-year-old son was diagnosed with diabetes in December. Travelling to Canada to fill his insulin prescription took a half-day’s drive from where they live in Brainerd, Minnesota, but it was worth it — the purchase was a simple, over-the-counter affair. One pack of injection pens, which would last several months, cost less than a hundred dollars, she says, compared to a list price of $530 at home.

As their son’s disease began to rewrite the routines of daily life, the Bolands planned to cross into Canada again to restock. Then the pandemic hit.

Boland, a masseuse, was forced to stop working. Her husband, a self-employed financial adviser, found his income hit by pandemic-related turbulence in the markets, too. Then their source for affordable insulin vanished behind a border that had never been closed before in the history of U.S.-Canada relations.

“We were going to make a trip north, one more trip in March, but then they closed the border,” she said.

Only 1.5% of American adults who take prescription medications buy their drugs abroad, according to a June analysis by researchers at the University of Florida Gainesville, based on a 2015-2017 National Health Interview Survey.

Many medicines and medical services are cheaper in neighbouring Canada and Mexico, thanks to price controls and the power of the U.S. dollar. The difference is great enough that U.S. insurer PEHP, which covers Utah’s state employees, offers partially paid trips to Vancouver and Tijuana “to help you save money on your prescriptions.”

In popular Mexican resort towns like Cabo San Lucas on the West Coast, or Tulum on the East Coast, pharmacies, doctors and dentists targeting U.S. clientele dot the main drag, their prices on bright display. And the difference between those prices and the costs of the same drugs at U.S. pharmacies can mean life or death.

No drug is a better-known example of that calculus than insulin, a vital hormone in the body’s metabolism. Seven million American diabetics don’t produce it naturally — or not enough of it — and need to inject it throughout the day. Without it, dangerous levels of glucose build up in the blood, damaging organs and producing a painful stupor. In a worst case scenario, lack of insulin can kill within three days.

Americans have been going to Canada for insulin since scientists learned how to produce it in labs at the University of Toronto in 1921. One of the first patients to try it was an American: Elizabeth Hughes, the teenage daughter of then-U.S. Secretary of State Charles Evans Hughes.

“I’m so happy and elated,” she wrote in a letter to her mother from Canada, describing her first self-injection and the “enormous” meal she enjoyed afterward. Before crossing the border, the 15-year-old had managed her condition by starving herself — the only life-prolonging trick available to diabetics before insulin. Five feet tall, she weighed only 45 pounds.

A hundred years later, and after national soul-searching over the soaring cost of insulin, some Americans are still starving themselves. Daniel Carlisle, a Type 1 diabetic in Texas, has sometimes tried not to eat for days at a time, in an attempt to ration insulin. When he was 18 and short on cash, he even contemplated robbing a pharmacy, he says.

“I always do the math about how many days’ supply of insulin I have in the refrigerator,” the 60-year-old Texan says.

“That’s how I know my lifespan at that point. My lifespan is measured in exactly how many days’ worth of insulin I have in hand — plus three days.”