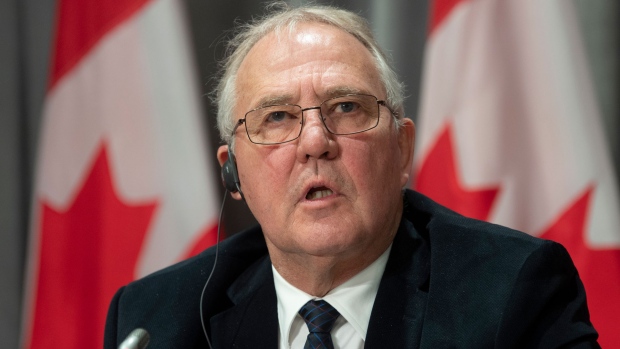 OTTAWA — Public Safety Minister Bill Blair says executives of an American supply company did not receive quarantine exemptions from the Canadian government and “should not have been permitted” to enter the country.

According to a CBC News investigation, three executives from shipping and business supply firm Uline Inc. flew to Toronto on a private jet and visited the company’s facility in Milton, Ont. without quarantining. A spokesperson for the company told CBC News that the three employees were issued formal exemptions from the mandatory two-week self-isolation period for their two day-trip.

Blair took to Twitter on Thursday to say that the government had not issued any exemptions in this case.

“To clarify: No special entry exemptions were provided to Uline executives, nor were any National Interest Exemptions. This was not a political decision,” Blair said.

“A decision was made by officers based on the information provided. Entry should not have been permitted.”

Blair said the government is working to prevent such a repeat of the incident.

“It is important that Canadians continue to have confidence in the integrity of our border. We are working with the CBSA to ensure that similar cases do not occur again,” he said in a tweet.

Ontario Premier Doug Ford also weighed in on the story during a Thursday press conference.

“There should be one rule for all the people, it doesn’t matter who you are, I don’t care if you have 50 cents or you have $10 billion. It doesn’t make a difference,” Ford said.

He applauded the border service agents, saying that “if someone slipped up” or “made a little mistake” he’s “sure it’s not going to happen again.”

“Just treat our rules with respect, and everyone’s going to have a good time after the quarantine and after we open up the borders, but not until then. Just stay at home, wherever you’re coming from, and we’ll open our arms up after we get through this,” Ford added.

CTV News has reached out to Uline Inc. for comment.