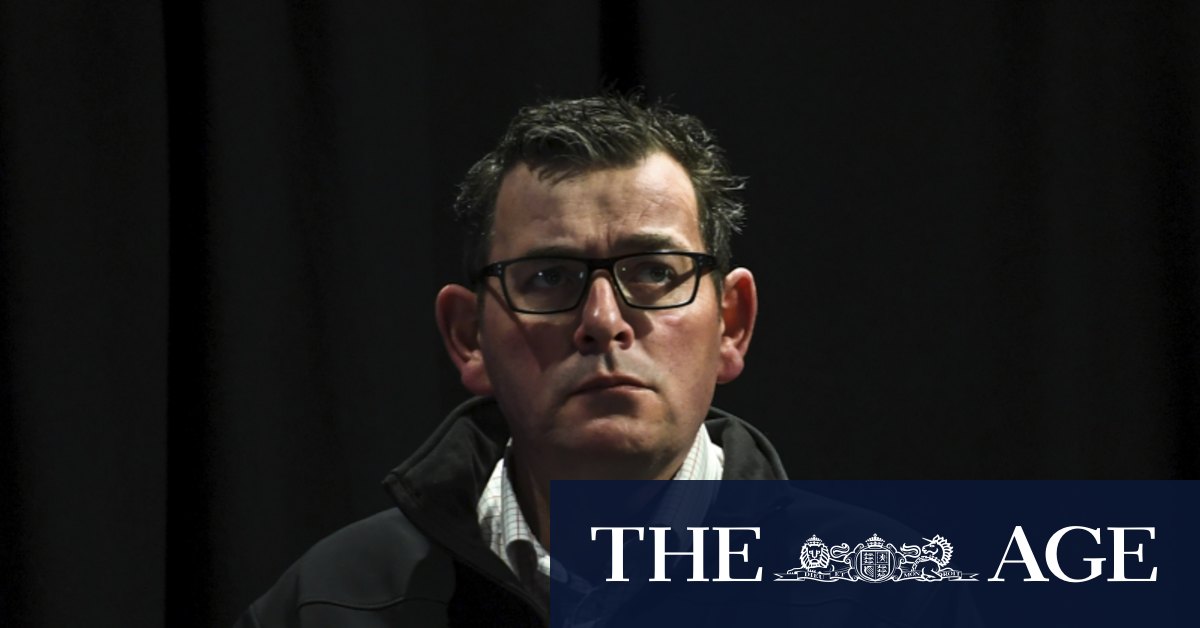 The government also expressed frustration on Saturday with the “appalling behaviour” of some people who had been fined by police for breaching the present restrictions, with one man telling officers he had driven from Melbourne to Wodonga to buy a hamburger.

Mr Andrews said his government was deeply worried that 49 “mystery cases” identified on Saturday could indicate the virus was spreading widely through the Melbourne community and confirmed he was in discussions with Prime Minister Scott Morrison about tougher restrictions.

Drastic moves being considered as part of the stage four response include an almost total shutdown of Melbourne’s bus, tram and rail networks, stricter rules that would force residents to stay even closer to their homes and the shutdown of many more businesses, although cafes and restaurants would still be able to provide takeaway services.

Mr Andrews said further restrictions were needed to act as a “circuit breaker” to curb community transmission, as he acknowledged that tougher restriction would take an economic toll.

“We are giving due consideration to a whole range of different options,” the Premier said.

“Even minor changes have a significant cost.

“But the numbers are too high and there is a growing case for us to do more.

“What we may be doing now may not be enough.”

Active cases in the state’s aged care system on Saturday surged beyond 1000 – with outbreaks in 100 different homes – for the first time since the pandemic began. Mr Andrews said hospital nurses had now worked more than 570 shifts in care homes.

The worst cluster has been linked to St Basil’s Home for the Aged in Fawkner, which on Saturday had 134 cases. Epping Gardens Aged Care had 118 confirmed cases and the Estia Aged Care Facility in Ardeer had 105.

Days after at-risk aged care residents began moving into hospitals, some families were struggling to make contact with loved ones or to even get information about where they had been taken.

Mr Andrews, who said he had raised this problem with Mr Morrison, acknowledged efforts to connect families, including nurses carrying iPads and phones through hospitals, were “by no means good enough yet”.

The Australian Medical Association and other medical experts have led growing calls for the type of tough stage four lockdown that has all but eliminated the virus in New Zealand but Victorian health authorities have been cautious, saying it was unclear if such an approach would work here due to the high levels of community transmission.

The Department of Justice confirmed that the two workers on the quarantine hotels had tested positive to COVID-19 on July 25, after Corrections Victoria took over from private security contractors.

Since the start of the pandemic, Victoria has recorded 1841 community transmission cases, where the source of a person’s infection is not known.

Victoria had its second worst day of the pandemic on Friday, with 627 new cases and eight deaths.

The most important news, analysis and insights delivered to your inbox at the start and end of each day. Sign up here.

Noel Towell is State Political Editor for The Age

Zach is a reporter at The Age. Got a story? Email me at [email protected]