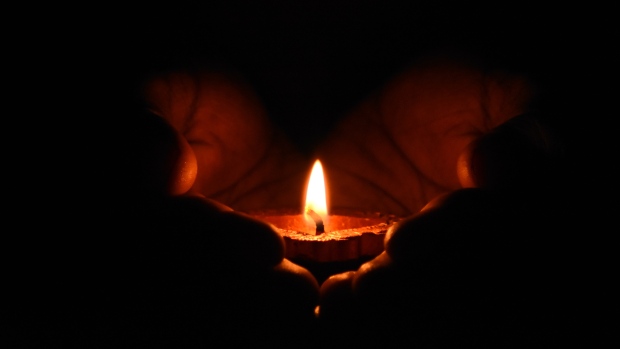 TORONTO — Hannah Kim’s Instagram profile is like that of most young adults — a sporadic record of life as a teenager, then a college student — snapshots of memories and selfies with friends.

Her second Instagram post of the year came two months later, accompanied by a series of old family photos: “A month ago, we were a normal family..happy that this quarantine could all give us a little break. Now, it’s just my brother and I at home and I’m dreading it so much. I’m breaking down every single day.”

She warned her followers to take the virus seriously, to stay home, to wear a mask. And posted: “Hug your family a little tighter tonight. I seriously wish I could.”

Hannah is a graphic designer and California State University Los Angeles student who lived with her parents and teenage brother Joseph in a two-bedroom apartment in Koreatown in LA. In mid-April, her family moved their grandmother out of her nursing home and into their home in hopes of shielding her from COVID-19. The virus had, by then, already left a devastating mark among the elderly in Italy and elsewhere, and was sweeping through long-term care residences in Canada.

“I guess you could say it’s bittersweet. It’s nice to have my family all together in one space, but at the same time I feel sad,” she wrote in a series of essays documenting her family’s quarantine life during the pandemic for a community journalism project on intergenerational storytelling, “K-Town is Your Town.”

My whole family is Covid-19 positive. We took this quarantine very seriously. Three weeks ago, my grandma and dad got tested positive – both from completely different places. After that, my brother, mom, and I got it too. Then after that, my grandma passed away. She was so strong. As of today, both of my parents are in the ICU at Good Samaritan Hospital. Dad is sedated, on a ventilator, and mom is also having breathing problems. If you didn’t know, this virus affects your whole body. A month ago, we were a normal family..happy that this quarantine could all give us a little break. Now, it’s just my brother and I at home and I’m dreading it so much. I’m breaking down every single day. I’m so sad. But my only hope is to cling to God every step of the way. Already, He has shown me so much love and grace. I’m missing my parents and my grandma so much. I’m on my knees, praying for my parents’ homecoming. Although I strive to live in the present-tense, I keep thinking of the past. Thinking of what I could’ve protected them from. The house is so eerie without them. My family is the very first CoronaVirus sob story that I know and probably is for you too. So this is my warning. If you’re going to go out, strap up your mouth and put on gloves. This virus is not a joke. People are hurting and dying. Please stop thinking it’s okay to go out just because the government says so. Do the rest of us a favor and please stay home. Hug your family a little tighter tonight. I seriously wish I could. #covid_19 #stayhome #family

Caring for her grandmother, who had dementia, could no longer walk, speak or go to the washroom independently, was challenging for the family she wrote at the time. It was April and the family had made the difficult decision to also close their father’s acupuncture clinic. He was approaching 70 and they thought it would be too risky for him as well as the family to stay open, even though he was the family’s source of income.

“Since the quarantine, we’ve been filling out more and more financial applications as the bills keep coming in. On top of this, our new landlord is planning on demolishing our four-unit apartment,” she wrote in mid-April.

“We have no choice but to accept the cards that are being dealt to us.” According to a Los Angeles Times story in June, the developers were planning to evict residents in August and had refused to change their plans despite the Kim family’s situation.

Over the course of the next three weeks, things took a devastating turn for the worse. Her grandmother had passed away, the entire family had tested positive for COVID-19 and both parents were in the hospital.

Everything changed on her birthday in late April, she documented. Her grandmother had been fighting a fever, so they called 911, worried she would die if they didn’t, worried they would never see her again if they did. She was hospitalized, put on a ventilator and tested positive for the virus the following day.

Meanwhile, her father had also been feeling under the weather. Hannah woke up one morning just after her grandmother was hospitalized, hearing sirens approaching. Her father had called the ambulance for himself, she wrote.

Her mother too began feeling sick and having trouble breathing that same day. She took her mother to the ER and waited hours only to be sent home because no beds were available, she said in her essay. At home, her mother was vomiting and coughing up blood, so they went back to the hospital the next day, where she was eventually admitted.

The worries were piling up – about her parents, the bills, the dreaded hospital calls. Hannah was also wrapping up her final year of school.

“I’m scared of what news the hospital will tell me the next day. I’m terrified, but I still have to listen,” she wrote on May 11, the day after Mother’s Day. That day, her mother’s breathing worsened and she was moved into intensive care. Her grandmother had died a week after she was admitted at the age of 85, according to the Los Angeles Times, and her father, who had a pre-existing condition, was on a ventilator in critical condition.

“Being home has been hell. I can’t do anything. I have no power. All I can do is pray,” she wrote.

A GoFundMe was launched by Hannah’s internship mentor and supervisor in late May to help support the family.

Her mother was moved out of intensive care about a week later. Hannah and Joe prepared for her homecoming. Though both siblings also tested positive, the main symptom they experienced was losing their sense of smell, according to an editor’s note on KQED, a public media member of NPR and PBS that reposted Hannah’s essays.

At the beginning of June, Hannah shared that her mother finally tested negative for the virus and was recovering. She was regaining her strength, eating more, breathing much better. Hannah was able to visit daily and care for her mom, whom she described as strong — 60 going on 40, with no pre-existing health issues. Still, she worried.

“Although she is healing, bringing her home will be another thing of its own. I don’t know how she will grieve and take in the place where we once all spent time together,” she wrote in a GoFundMe update.

A week later, another update: her mother was moved back to the ICU — her blood pressure and oxygen levels had dropped and she was put on a ventilator. Doctors told the family that her mother’s lungs were too scarred and hardened by the virus. She needed a lung transplant.

Hi everyone! Big update! My mom is finally at USC Keck hospital. She was transferred yesterday morning and is settling in well. For the next few days, she will be evaluated and considered for the lung transplant. Nothing is certain, but the fact that she’s at USC is surreal. UCLA rejected her till the end, but USC was kind enough to welcome her in and they have already been so kind to us. Also, shoutout to the director of LA Care for making our case an exception at USC. Tomorrow she will be getting a tracheostomy, which is an alternative to her ventilator that’s much cleaner and comfortable than an oral ventilator! We are so excited for her. . . I just want to thank you all for so much love and support. My brother and I are so overwhelmed by the hospital business so it’s nice to come home to many warm messages! For the past week, I have been on CBS, ABC, NBC, and the LA Times. Many people have expressed to me that being on the news won’t make a difference, but the very day after I came out on TV, many many calls were made and we’ve made it so fast to USC. We are realizing the POWER of social media and it’s amazing. One thing that didn’t make it on TV was my appreciation for this community. It’s not just the Koreatown community, or the Asian community. EVERYONE is seriously reaching out to us and showing us that they care. We might be separated by this quarantine, but these actions are showing my family that we all can come together and care for one another! . . Throughout this process, I am still praying every day. Although our situation is tragic and repeatedly horrifying to me, Christ has shown my family so many blessings and I truly believe He has a plan for all of us. It’s through Him that this story blew up. My mother may be just starting her journey for a lung transplant, but within A WEEK we’ve made serious progress. Thank you for sharing and thank you for caring. I will be updating again very soon. Hopefully with some more good news! Till then, Fight On ✌️ #keckmedicineofusc #usckeck #covid19

Hannah and Joe expressed gratitude for the enormous public support that they said helped precipitate their mother’s transfer to USC Keck hospital in mid-June, where she could be evaluated as a potential transplant candidate. But doctors informed the family that their mother would not survive the surgery.

On Hannah’s last Instagram post on July 18th, there is a collage of family photos: of a smiling little girl and her baby brother, of a mother and daughter, a son and his parents celebrating a birthday. Her mother died four days earlier.

“The ventilator was her life support and her body couldn’t keep up.”