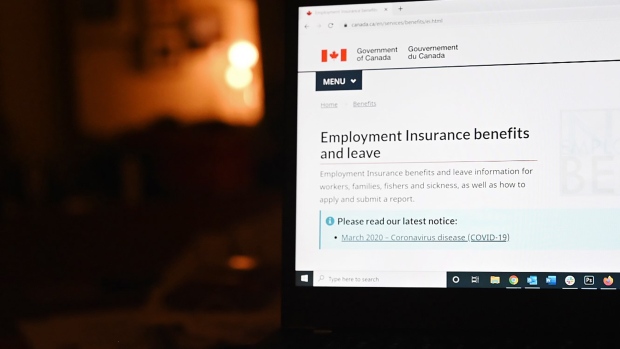 OTTAWA — Prime Minister Justin Trudeau has announced that the millions of people who are still claiming the Canada Emergency Response Benefit (CERB) will soon be transitioned onto the federal Employment Insurance program.

Trudeau said that more details will be coming before the end of August, but said that “no one will be left behind.”

In mid-June the government announced CERB would be extended to the end of the summer, but now with that on the horizon, he’s begun to lay out what recipients should expect.

As of July 26, there have been 8.46 million unique CERB applicants, and the government has paid out $62.75 billion since it was launched early on in the pandemic.

“EI should cover every Canadian who is looking for work, and for those who don’t qualify for EI right now, like gig or contract workers, we will create a transitional, parallel benefit that is similar to Employment Insurance,” Trudeau said on Friday.

He said going forward recipients will be able to work more hours and earn more money while still receiving the benefit.

The weaning off of the massive and never-before-used aid program has been months in the making, with signals that a strengthened EI program was in the works and to be used if there was a second wave.

With the federal wage subsidy planned to run until the end of December, the government’s been hoping that more workers would be transitioned from CERB to the subsidy, which would see people back to work and able to have 75 per cent of their wages covered by the federal government as the economy gets back up and running.

In the fiscal snapshot earlier this month, the federal government projected that unemployment rates will remain high for the next year.

Trudeau also indicated a new sickness and caregivers benefit is on the way for those who are not covered at work if they or their loved ones get COVID-19 and they need to stay home.

The federal government has previously spoken about ongoing talks with the provinces and territories to ensure that every worker in Canada who needs it can access 10 days of paid sick leave a year.

With more people returning to work, politicians and health experts have emphasized how essential it will be for employees to have the ability to stay home if they are sick or displaying symptoms of the novel coronavirus.

“We intend to cover every Canadian who is looking for work with a better, 21st century EI system,” Trudeau said, adding that there will not be an increase to EI premiums despite these coming changes to the program.

Trudeau also announced that the Canada Emergency Commercial Rent Assistance plan will be extended through the month of August.

“Over 700,000 employees have benefitted from the Canada Emergency Commercial Rent Assistance – people who have been able to keep their jobs because of the help businesses got through this program,” Trudeau said on Friday.

The rent relief program was another joint federal-provincial plan rolled out during the peak of the pandemic, to lower base rent by up to 75 per cent for eligible small businesses that have been impacted by COVID-19, if their landlords agreed to take part.

Commercial property owners have been offered forgivable loans to cover 50 per cent of their monthly rent payments. The loans will be forgiven if the property owner agrees to reduce eligible businesses’ rent by at least 75 per cent for the three months.

The prime minister also issued a caution to Canadians as the economy continues to reopen, to not let their guards down about preventing the spread of COVID-19, referencing the recent uptick in cases in some communities.

A of midday Friday there were 115,935 confirmed COVID-19 cases in Canada, though just 5,973 of those are active cases. Over the course of the pandemic, 8,932 people in this country have died after contracting the novel coronavirus.