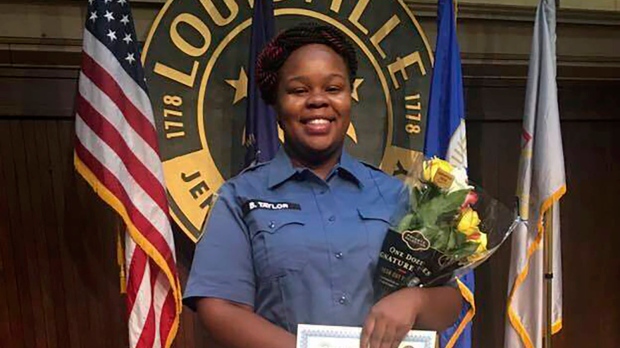 TORONTO — For the first time in 20 years, someone other than Oprah Winfrey herself will grace the cover of the media mogul’s namesake magazine. The September issue of “O, The Oprah Magazine,” will honour Breonna Taylor, a 26-year-old emergency medical worker who was fatally shot by Louisville police back in March.

Taylor’s name became a rallying cry for anti-racism protesters seeking justice after police executed a search warrant into her apartment as part of a narcotics investigation. According to The Louisville Courier Journal, officers fired 20 bullets into Taylor’s apartment, striking her multiple times.

A subsequent search found no drugs inside the apartment and the use of deadly force in this situation has been called into question by citizens and lawmakers. Taylor’s family has filed a wrongful death lawsuit against the Louisville Metro Police Department, as the public continues to demand police accountability.

“Imagine if three unidentified men burst into your home while you were sleeping. And your partner fired a gun to protect you. And then mayhem. What I know for sure: We can’t be silent,” she added. “We have to use whatever megaphone we have to cry for justice. And that is why Breonna Taylor is on the cover of @oprahmagazine. The September issue honors her life and the life of every other Black woman whose life has been taken too soon.”

The upcoming September issue is special not only because it is the first without Winfrey on the cover, it’s also one of the very last covers, as the magazine will end regular print editions in December.

An announcement declaring the move to a “more digital-centric” vision for the brand was made earlier this week. Winfrey launched the magazine with Hearst in 2000 and continues working today as the company’s editorial director.

The image that appears on the September cover of Taylor posing in her Louisville EMS shirt was created by self-trained 24-year-old artist, Alexis Franklin. “I am so happy to play a small part in the long-overdue, world-changing narrative on racial injustice and police brutality,” Franklin told O, in response to the cover’s praise.

The September issue will be available for purchase and download on August 11.