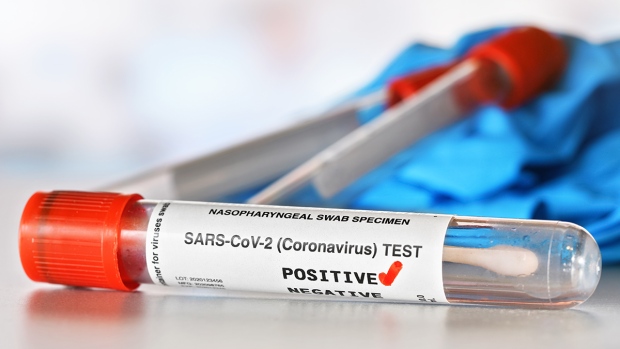 MONTREAL — About 20 teachers from a Quebec high school are currently in quarantine after two positive cases of COVID-19 were detected among educators at the school.

Most students from French language schools in Quebec went back to class on Thursday, but those in Grades 10 and 11 at Deux-Montagnes High School northwest of Montreal were asked to stay home until Monday while the service centre that oversees the school decides how to proceed.

“Several of their teachers were absent today,” Melanie Poirier from the Commission scolaire de la Seigneurie-des-Mille-Îles (CSSMI) told CTV News on Friday. “And for us, we needed a little bit of time to figure things out.”

The positive results came after the teachers visited the school to prepare for the first day of class. That was on Friday, Aug. 21, and Poirier said none of them have been back since.

“It was really before the arrival of the students,” she said. The first case was detected shortly after that, and another was detected on Thursday. Parents were notified of the situation when the school became aware of the second case, Poirer added.

“We wrote to the parents to let them know we put about 20 teachers in quarantine the time they get tested,” she said, adding that the decision was made by the Laurentians’ Integrated Health and Social Service Centre (CISSS). “We’ve asked for 14 days of isolation, and those 14 days started last Friday when the teachers came into school.”

The teachers will be able to return to school as of Sept. 4, but the CSSMI hopes students will be back as early as this coming Monday – they just aren’t yet sure what that will look like.

“By the end of the day, we’ll confirm what the measures will be on Monday,” Poirier said.

The CSSMI is looking at the possibility of bringing in substitute teachers or having the quarantined teachers give students their lessons via videoconference. Poirier said the school had managed to fill in all of its teaching positions for the year. Now that they’re understaffed, she said there’s a bank of substitutes they can rely on.

If they go the substitute route, Poirier said “we’re confident for Monday that we’ll have people in place to replace those who are absent.”

Deux-Montagnes High isn’t the first Quebec school to be linked to confirmed COVID-19 cases this early in the school year — on Thursday, a Grade 7 class at a school on Montreal’s South Shore was sent home because of a parent who tested positive for the disease.

Quebec Education Minister Jean-Francois Roberge said the way the school handled the situation proved management is paying attention to precautions, but that it wasn’t necessary for the entire class to go home — just the student with the infected parent is required to isolate, and health authorities must be notified.

Poirier said the risk of transmission among students at Deux-Montagnes High remains low. According to a spokesperson at the Laurentians’ CISSS, if a student tests positive for the disease, public health authorities will evaluate the risk and measures will differ depending on how it was transmitted.